The University of Washington, the Pacific Northwest National Laboratory and Microsoft Quantum announced this week that they have joined forces in a new coalition to bring about a revolution in quantum research and technology.

The Northwest Quantum Nexus was unveiled during a two-day summit at the UW, an event that included scientists and engineers from the three keystone institutions, as well as potential partners in academia and industry from across the Pacific Northwest.

“The technological and societal impact of the upcoming quantum revolution is going to be enormous,” said Mary Lidstrom, UW vice provost for research and professor of chemical engineering and microbiology. “The UW is thrilled to partner with Microsoft and PNNL in this Northwest Quantum Nexus.”

In alignment with the National Quantum Initiative Act, the Northwest Quantum Nexus aims to develop a quantum-fluent workforce and economy in the Pacific Northwest region of the United States and Canada by accelerating research, technological development, education and training in the quantum information sciences, or QIS. Its objectives include: 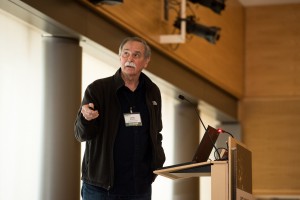 2012 Nobel physics laureate David Wineland, a professor at the University of Oregon, speaks during the Northwest Quantum Nexus summit on March 18, 2019. In the early 1970s, Wineland was a UW postdoctoral researcher under Hans Dehmelt, who in 1989 became the first UW faculty member to win a Nobel Prize.Andrea Starr/Pacific Northwest National Laboratory

QIS disciplines include quantum computing, quantum communication, quantum sensing and quantum materials and devices. All of these applications and fields are designed around and enabled by the principles of quantum mechanics, including quantum superposition, which is the property of existing in several different configurations at the same time.  For example, quantum computing uses the principles of quantum mechanics and quantum-mechanical processes to carry out computations, which could revolutionize fields from cryptography to molecular simulation. Quantum materials include materials in which new behaviors emerge from quantum interactions.

As QIS technologies progress from research and development to applications in clean energy, sustainability, computing and communications, the Northwest Quantum Nexus seeks to boost the region’s quantum workforce as well as research and educational capacity, according to coalition members. 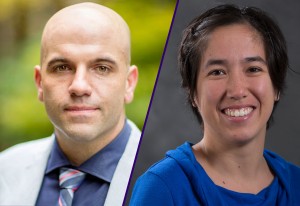 “While there has been a long history of quantum research and education in the UW physics department, the landscape has changed recently,” said Kai-Mei Fu, associate professor of both physics and electrical and computer engineering. “People now see that you can harness the quantum nature of matter to realize new technologies.”

“This change means a paradigm shift in education,” added Fu, who is also a faculty member in the UW’s Molecular Engineering & Sciences Institute. “Understanding quantum mechanics is no longer an academic question but a required skill for people to develop quantum materials, quantum devices, quantum systems and quantum algorithms.” 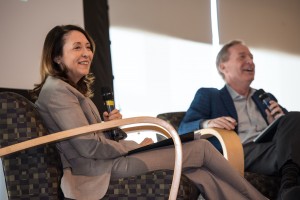 The keystone partners have complementary strengths in QIS. For the past 15 years, Microsoft has been a major global driver of quantum computing research and software development. The PNNL’s research into QIS includes programming, algorithm development, materials synthesis and characterization, as well as applications in quantum chemistry and sensing. 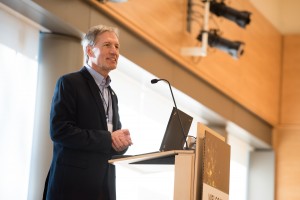 The UW has deep roots in quantum research and discovery. Two UW scientists have earned the Nobel Prize in Physics for QIS research — Hans Dehmelt in 1989 for developing ion traps and David Thouless in 2016 for theoretical work on topological phase transitions and topological phases of matter. Today, researchers across the UW — in the College of Engineering, the College of Arts & Sciences and the Institute for Nano-Engineered Systems — are at the forefront of QIS research. The university recently established UW Quantum X, which joins QIS research endeavors across the UW in fields such as quantum sensing, quantum computing, quantum communication and quantum materials and devices. Fu and Jim Pfaendtner, associate professor and chair of chemical engineering, serve as co-chairs of Quantum X. 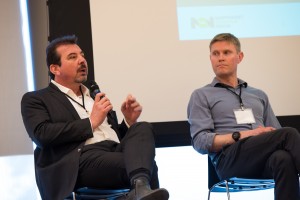 François Baneyx, a UW professor of chemical engineering and director of the Center for the Science of Synthesis Across Scales, and Jeremy Hilton, senior vice president of D-Wave Systems, at the Northwest Quantum Nexus summit on March 19, 2019.Andrea Starr/Pacific Northwest National Laboratory

The three institutions also work together in QIS research and development. UW and PNNL scientists collaborate on quantum materials research through the Northwest Institute for Materials Physics, Chemistry and Technology. Scientists with Microsoft Quantum are teaching an undergraduate-level course on quantum computing algorithms in the UW’s Paul G. Allen School of Computer Science & Engineering. Microsoft and the PNNL have collaborated on a chemistry library will inform chemistry research relevant to quantum computing.

The Northwest Quantum Nexus is a natural next step, according to the summit organizers.

“The Northwest Quantum Nexus summit was an amazing success for UW Quantum X and our keystone partners Microsoft and the PNNL,” said Pfaendtner, who is also a faculty member in the UW’s Clean Energy Institute.

“We are ready to roll up our sleeves and get to work competing for new private and public research funding, continuing UW’s long history of developing innovative and agile graduate and undergraduate education programs in the QIS field, and creating amazing new opportunities for our students and postdoctoral researchers.”

Five Technologies That Can Transform Manufacturing