On January 3, the USPTO published a Microsoft patent titled ‘Battery Protection Mode’ detailing a new type of battery protection option for mobile devices. This feature is designed to improve the performance delivered by a device’s battery by temporarily restraining the maximum permitted battery charge level, whichwould be especially useful for devices that are left on charge for really long or those that are frequently used while plugged in.

One of the key techniques to be noted about the battery protection mode is the option where the device could automatically switch to a mode which allows it to charge itself only up until a fixed amount. Through this option, Microsoft aims to prolong and improve battery life and usage, which is negatively impacted by staying fully charged all the time. 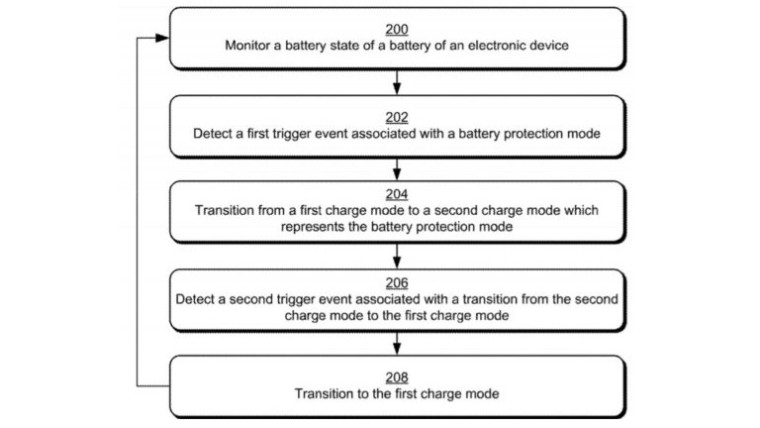 Basically, what Microsoft is attempting to do through this battery protection feature is to decrease the highest limit of charging allowed by the system on a device, specifically if it’s been plugged in for some time. Thecompany’s plan to achieve this goal is disclosed in the patent filed:

Techniques for a battery protection mode are described. According to techniques described herein, an electronic device can operate in a standard charging mode where a battery of the device is permitted to be charged to full capacity. However, when a trigger event occurs, the electronic device transitions to a battery protection mode where a maximum permitted charge for the battery is reduced from the standard charging mode. In at least one implementation, the trigger event represents a timer that elapses to indicate that the battery has been under external charging power for a threshold period of time. Alternatively or additionally, the trigger event represents state information for a battery, such as received from a fuel gauge that monitors battery state.

In September of last year Microsoft released a similar option for Surface devices called the Battery Limit feature, which achieved a similar purpose by limiting the maximum charge to 50%. It could be possible that this patent is describing the same feature, or perhaps Microsoft is trying to come up with anmproved version of the feature.