To be able to see posts or updates that matter to you the most can be painful sometimes especially when you follow a ton of people. This is true in any of the social media of today. Twitter recently added a new feature that enables users to prioritize tweets. LinkedIn is working on a similar feature.

The Microsoft-owned company announced that it would let professionals prioritize posts on LinkedIn. However, It won’t be as simple as Twitter. Turing the toggle On won’t do the trick here.

LinkedIn will let you add your coworkers in the app and by doing so you are giving permission to LinkedIn to prioritize posts for you. This new feature will make sure that you don’t miss any update from coworkers. 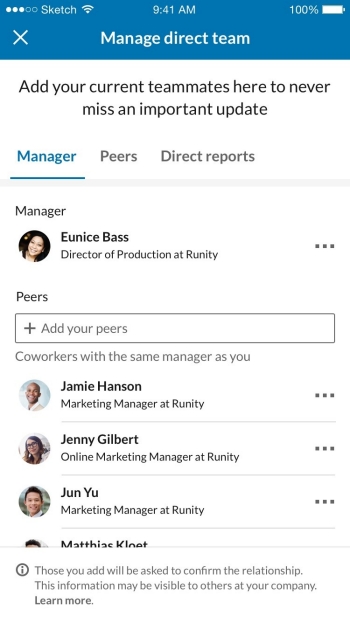 Once the feature goes live you should see the text “Add Teammates,”  where you can specify your manager, peers and/or direct reports and from there, we’ll prioritize updates in your feed about your team’s activity on LinkedIn, such as posts, comments, likes, shares, and work anniversaries, writes Microsoft.

The new feature will be rolled out to the US users in the coming months with support for other regions coming shortly after. The feature will come to both mobile and desktop.