Microsoft released updates for Office 2010, 2013 and 2016 on January 2, 2019. The updates apply to MSI-based versions of Microsoft Office only and not click-to-run editions such as Microsoft Office 365.

As always, unless you use any of the mentioned Office applications and ran into issues fixed by these updates, it is recommended to wait with the installation.

KB4461627 — Update for Microsoft Excel 2010 that makes changes to the Japanese calendar in the application to ensure that Japanese era names are displayed correctly when an era changes. 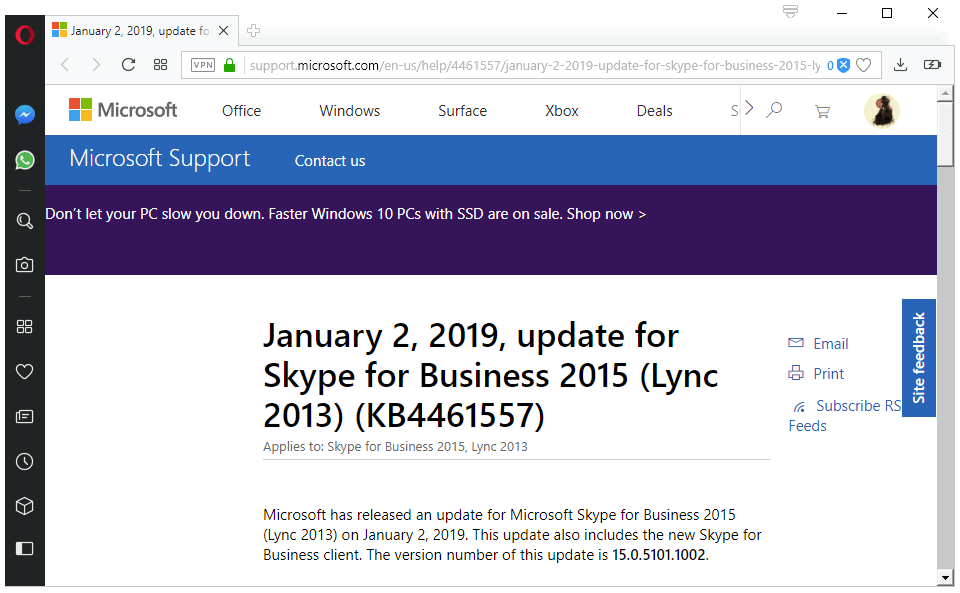 Two updates were released for Microsoft Office 2013 in January 2019; they address issues in Microsoft Project 2013 and update Skype for Business 2015.

KB4461560 — Update for Microsoft Project 2013 that adds support for Japanese era changes to the application. 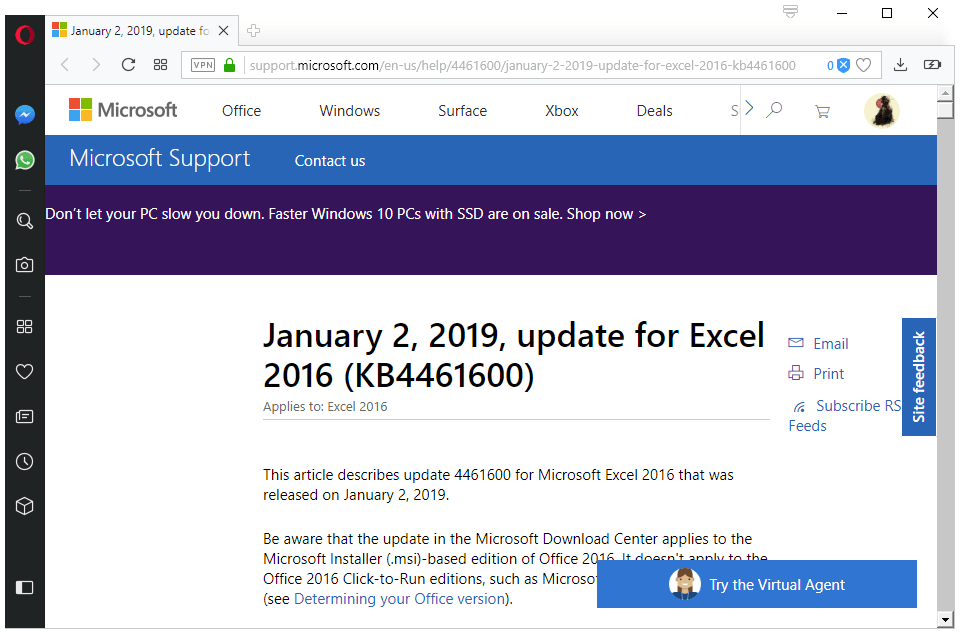 Microsoft released a total of eight updates for Office 2016. The updates modify Skype for Business 2016, Microsoft Excel, Project, and Visio 2016.

KB4461586 — Skype for Business 2016 update that brings the version to 16.0.4795.1002. The update fixes several issues including one in which Skype becomes unresponsive when meetings with many participants are joined.

KB4461600 — Microsoft Excel 2016 update that fixes a good dozen issues in the application:

KB4032230 — Fixes an issue in Office applications when starting add-ins in apps that have multiple add-ins started already. The error message in this case is “This add-in could not be started. Close this dialog to ignore the problem or click “Restart” to try again.”.

KB4461533 — Fixes an issue with antivirus software and degraded scan performance when Office documents are open and multiple antivirus solutions are installed.

Microsoft released the first batch of updates for Microsoft Office in 2019 that address non-security issues in Office 2010, 2013 and 2016.