Chatbots are a mainstream tool, often times used by customer service groups to extend communication channels to customers and prospects. Omar Aftab, a partner director of product at Microsoft, explains why supporting this use case is important:

Perhaps you’re a company who wants to engage with your customers and answer product questions before they buy. With our easy to use no-code graphical designer, those closest to the user can focus on building delightful conversations—no need to focus on the code.

Another use case that Microsoft has identified is in the area of Human Resources. Often times employees have questions about vacation entitlement, policies that can be addressed using a chatbot, but an IT department may not be able to prioritize the effort required to code a bot.

While Power Virtual Agents has been designed to be a no-code tool, it has been built on top of the Azure Bot Framework and Azure Cognitive Services. However, since no code is required to build a bot, a graphical interface is provided in the service that allows a maker to drag and drop prompts (questions) and then design a workflow to capture additional information or execute logic. 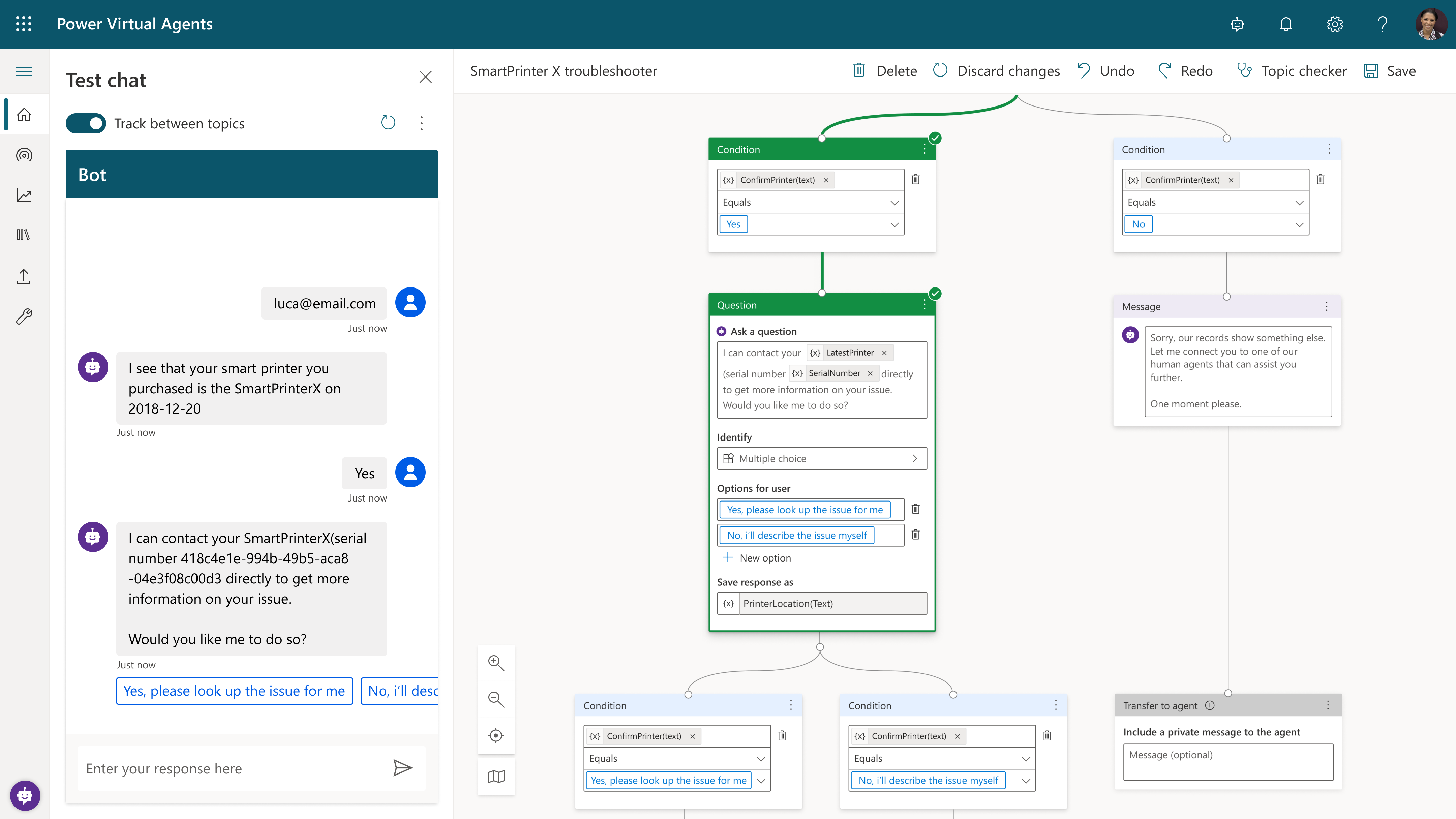 Once a bot has been built and tested within the Power Virtual Agents interface, it can be deployed to a variety of channels including a custom website, mobile app, Facebook, Skype, Slack, Microsoft Teams and others. Once deployed, users of that service can interact with the bot by starting a conversation that has an appropriate trigger phase. For example, a consumer goods store bot will be looking for a trigger phrase that includes wanting to know what the open hours for the store. Makers do not have to configure every permutation and combination of what users can enter. Instead Power Virtual Agents use AI and natural language to interpret what users are asking. The in-product documentation further explains:

The AI, in Power Virtual Agents, uses natural language understanding to parse what a customer actually types and find the most appropriate trigger phrase or node. For example, a user might type “Open hours” into your store bot – the AI will be able to match that to the Store hours topic and begin a conversation that asks which store the customer is interested in, and then display the hours the store is open. 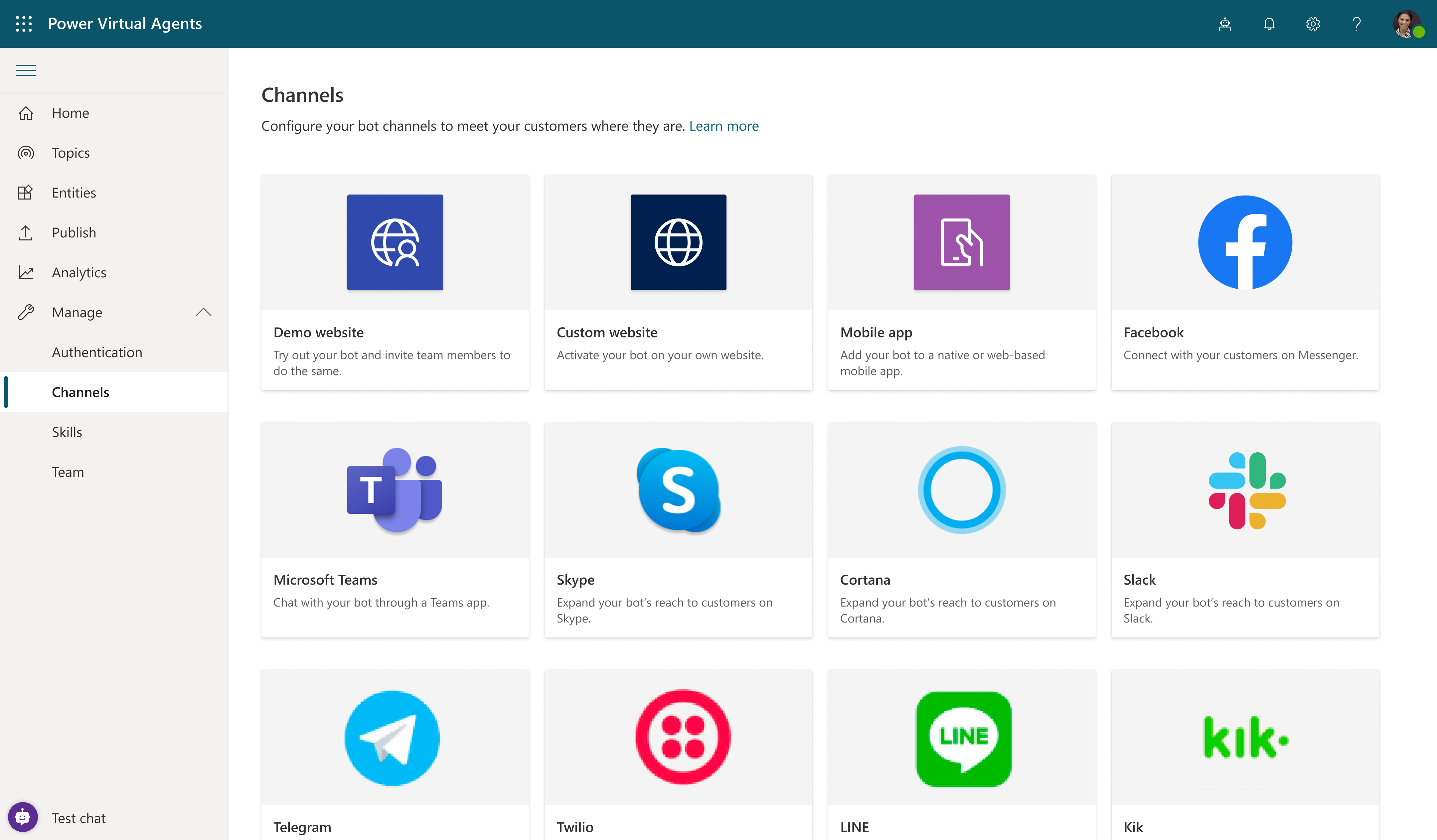 Another core feature in Power Virtual Agents is the analytics that is built into the service. As organizations make investments into bots, they want to understand if users are having a good experience or if support requests need to be routed to a human. Aftab explains:

Organizations can analyze bot and customer conversations to better understand how specific topics are performing, what’s impacting your customer satisfaction score (CSAT), and identify where there is room for improvement. Easily see which conversations are going to human agents and determine which topics to teach your chatbot next.

To support collecting analytics, Microsoft provides makers with the ability to end a conversation with a survey. As part of this survey, users of the bot can click on an emoji that represents a value between 1 to 5 which Microsoft can then aggregate. Bot creators can later explore how their bot is performing and make changes as required. 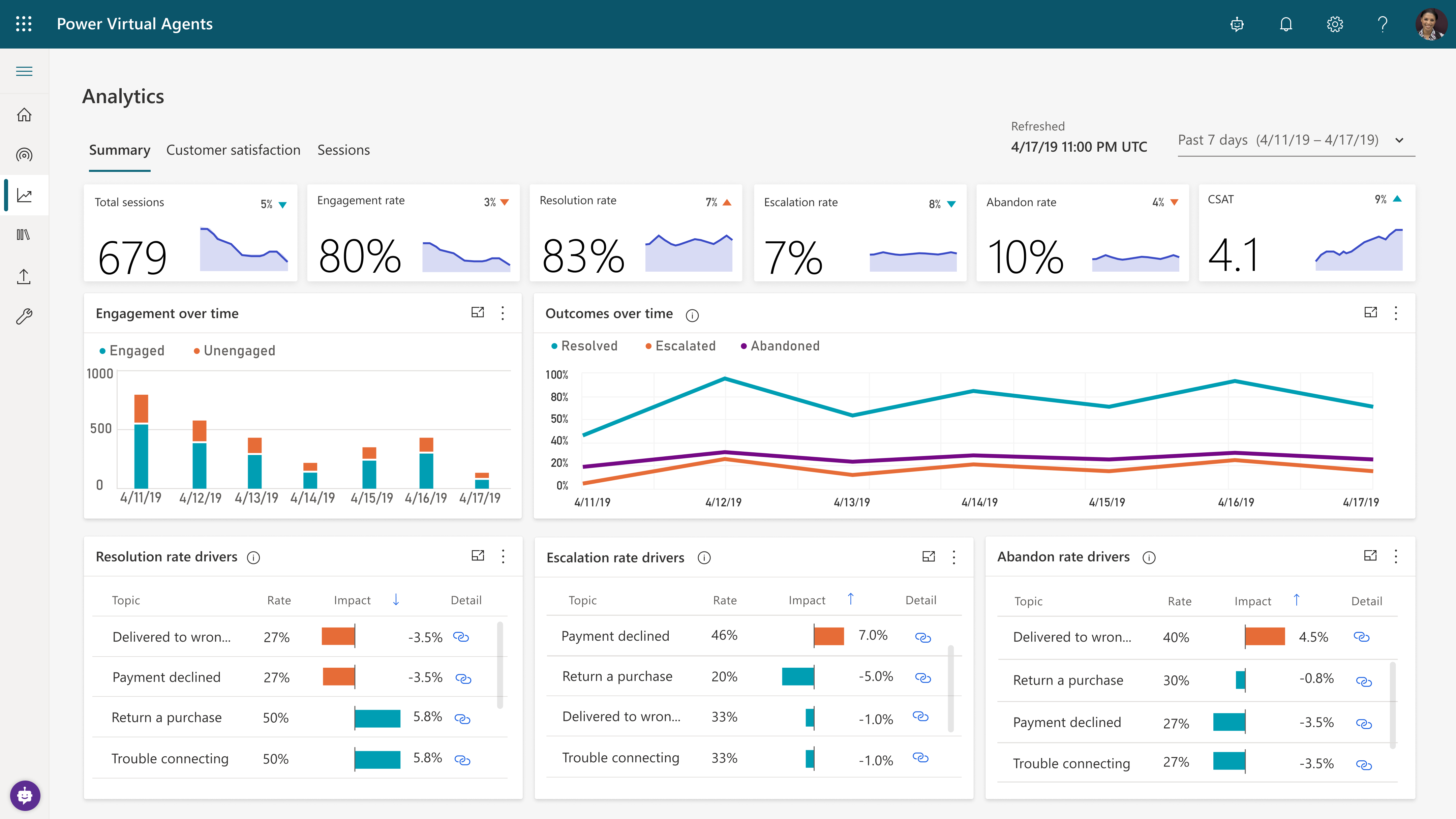 The Power Virtual Agents service is now generally available and organizations can sign up for a free trial here.

editor - July 1, 2019
0
ABOUT US
All news, reviews and services are credited to their source. Our Editors hand select top trending news in each category. Any issues or removal requests please email info@vmvirtualmachine.com.
Contact us: info@vmvirtualmachine.com
FOLLOW US
© 2015-2020 VMVirtualMachine.com | Powered by Web Edge Solutions
MORE STORIES
Security