(MENAFN – NewsBytes) Ever since Microsoft released Windows 10 November 2019 update, users of the platform have been experiencing certain issues with File Explorer, the core of the OS.

The problems have been breaking the search capabilities of File Explorer, but the good news is, Microsoft has already started working on a fix and should be releasing it soon.

Here’s all about it.

Bug First, a look at the File Explorer problem

While Microsoft has long been struggling with bugs, the issue with File Explorer is particularly concerning.

Essentially, after the November 2019 update, the File Explorer’s search box has been freezing unexpectedly.

Users have complained that it goes unresponsive from time to time, keeping them from looking up files and documents and, therefore, defeating the whole purpose of the File Explorer itself.

Reason Unified search experience could be the reason to blame

The root cause of the issue is unclear at this stage, but according to Windows Latest , it is the result of the unified search experience Microsoft has built into the latest release for letting users preview files and pictures while typing in the search box itself.

Notably, some users also complain that right-click support gets disabled in the buggy search box. 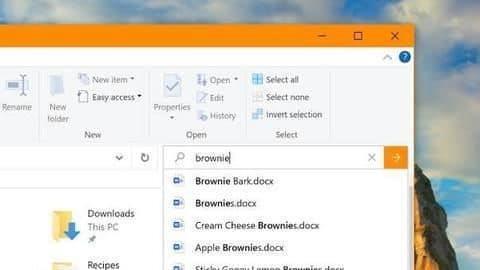 Given the impact of the issue, Microsoft was quick to come up with a fix for the glitch and release the same to Insiders testing Windows 10 20H1.

As for the stable release, the timeline of a fix is not clear, but Brandon LeBlanc, the program manager for Windows Insider team, has indicated it might be pushed sometime in January or early February.

That said, the folks at Windows Latest posit that the fix for the bug could either show up as optional cumulative updates by the end of January or as part of Microsoft Patch Tuesday rollout for February 2020.

Either way, the company should fix this soon to make sure that Windows users get the seamless, glitch-free experience they signed up for.

The scariest hacks and vulnerabilities of 2019 – ZDNet

editor - July 15, 2019
0
ABOUT US
All news, reviews and services are credited to their source. Our Editors hand select top trending news in each category. Any issues or removal requests please email info@vmvirtualmachine.com.
Contact us: info@vmvirtualmachine.com
FOLLOW US
© 2015-2020 VMVirtualMachine.com | Powered by Web Edge Solutions
MORE STORIES
Security