While Microsoft has a free codec pack to support RAW images in Windows 7 and Windows 8, Microsoft’s latest OS lacked support for the important image format in the File Explorer and default Photos app.

Thankfully that issue ends today, as Microsoft has released a new RAW Windows 10 extension in the Microsoft Store which brings support for the RAW format used by most common cameras.

The Raw Image Extension adds native viewing support for images captured in raw file formats produced by many mid- to high-end digital cameras. By installing the package, you will be able to view thumbnails and metadata of supported raw file formats right in Windows File Explorer or view images in the Photos app. The current version of the extension supports a long list of cameras, however some Raw formats like .CR3, and .GPR are not currently supported at this time. This package is made possible thanks to libraw open source project (http://www.libraw.org). Check out https://www.libraw.org/supported-cameras for a list of supported cameras. Libraw library is licensed under COMMON DEVELOPMENT AND DISTRIBUTION LICENSE Version 1.0 (CDDL-1.0).

Besides letting you view thumbnails in Explorer and see the images in the Photos app, the extension also brings support for the EXIF data used in the file format.

The extension can be found in the Store here. 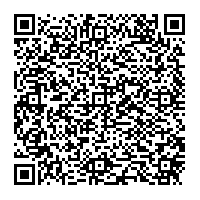