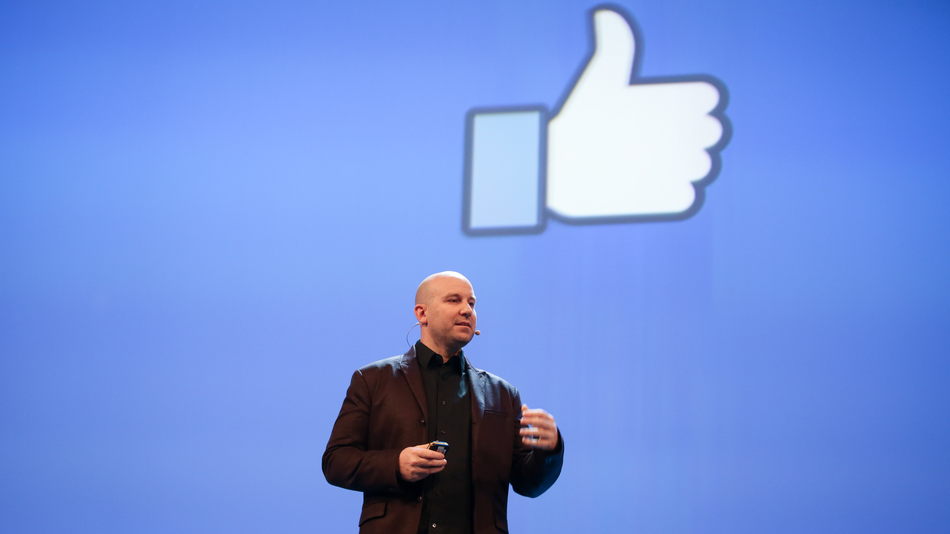 A high-ranking Facebook executive and longtime Mark Zuckerberg confidant penned a long Lord of the Rings-referencing memo warning the company not to take action that would reflect a bias against President Donald Trump.

Before the New Year, Andrew Bosworth, Facebook’s Vice President of augmented and virtual reality, a rambling 2,500 word screed to his internal Facebook page. The post offers up his thoughts on 2020 and the coming presidential election.

The New York Times originally the private memo, but Bosworth has since also made it on his Facebook profile.

I am traveling and have only intermittent access to the internet for the next week, so for more context on the recent stories about my internal post please check my Facebook profile: https://t.co/ScYqPdkXBS

The gist of Bosworth’s post is basically that Facebook absolutely had a role in electing Trump, but not for the reasons most people think.

“He didn’t get elected because of Russia or misinformation or Cambridge Analytica,” writes Bosworth. “He got elected because he ran the single best digital ad campaign I’ve ever seen from any advertiser.”

According to Bosworth, it wasn’t Russian disinformation campaigns, which he does point out as being a legitimate problem, that got Trump elected. He even discounts the spread of misinformation on the platform, which Bosworth claims is primarily economically motivated, and role. It was the president’s use of Facebook’s advertising platform, spearheaded by campaign manager Brad Parscale, that helped lead to Trump’s electoral victory.

“They just used the tools we had to show the right creative to each person,” says Bosworth. “The use of custom audiences, video, ecommerce, and fresh creative remains the high water mark of digital ad campaigns in my opinion.”

Bosworth says, as a self-described liberal, he often finds himself “desperately wanting to pull any lever at my disposal to avoid the same result.” However, a scene from Lord of the Rings apparently keeps the Facebook executive from doing so.

“Specifically when Frodo offers the ring to Galadrial (sic) and she imagines using the power righteously, at first, but knows it will eventually corrupt her,” writes Bosworth. “As tempting as it is to use the tools available to us to change the outcome, I am confident we must never do that or we will become that which we fear.”

It’s an odd take from a Facebook executive. On top of that, the Times felt it needed to point out that Bosworth misspelled Galadriel’s name. But the weirdness doesn’t end there.

“If I want to eat sugar and die an early death that is a valid position,” he writes. “My grandfather took such a stance towards bacon and I admired him for it. And social media is likely much less fatal than bacon.”

Well, okay. But, back to Bosworth’s Trump take.

It’s unclear if there is some sort of internal debate within Facebook to tip the scales against Trump that Bosworth is speaking to beyond his own internal conflict. The public criticisms aimed at the social network never implore the company to treat the president unfairly. The critiques always demand that the Facebook create just, site-wide policies which every user, including Trump, must abide by.

Take the recent criticisms of Facebook’s . According to this policy, politicians can lie in their ads, and Facebook will run them, fact-check free, across the platform. The average Facebook user is not allowed to do this. Critics have not asked Facebook to change this policy just for Trump. They’ve demanded a disinformation-free policy on the social network that applies to every user, including politicians across the ideological spectrum.

In Bosworth’s Facebook post responding to the Times publication of the memo, the Facebook executive says he was just “inviting internal discussion” and that his colleagues challenged him with their own takes in the comments to the internal posting.

While Bosworth use to head Facebook’s advertising team, he notes that he does not work with the teams dealing with misinformation or civic integrity at the company.

Mashable reached out to Facebook for a statement but a company spokesperson just referred us back to Bosworth’s latest post. The company says it will be offering no additional comment.

Interestingly, this isn’t the first time a private post from Bosworth was leaked. In 2018, Buzzfeed an internal memo which he posted in 2016. That posting, which defended the platform’s data collection even as it admitted people could die “in a terrorist attack coordinated on our tools,”  was even weirder.

The Facebook executive argued then that Facebook’s purpose was to connect people and because of that the company must continue to grow, even if people get killed as a result. Bosworth himself from that post by also claiming he just said what he did to create a discussion.

Whether Bosworth’s most recent musing was intended to just fuel discussion or not, the framing of his memo is certainly noteworthy. Do other executives at the social media giant really think its critics are clamoring for the company to role out policy that just takes down a particular politician? If so, Facebook has frankly lost the plot.

Mashable has reached out to Facebook for a statement on Bosworth’s memo and will update this post when we hear back.

Microsoft ‘won’t continue’ with AnyVision if it behaved unethically

editor - February 16, 2019
0
ABOUT US
All news, reviews and services are credited to their source. Our Editors hand select top trending news in each category. Any issues or removal requests please email info@vmvirtualmachine.com.
Contact us: info@vmvirtualmachine.com
FOLLOW US
© 2015-2020 VMVirtualMachine.com | Powered by Web Edge Solutions
MORE STORIES
Security