It’s been a rough few weeks for the world’s wealthiest man. Amazon.com Inc. CEO Jeff Bezos announced his divorce. He became engulfed in a tabloid scandal complete with blackmail allegations. And, on Thursday, his company abruptly scrapped plans to invest $2.5 billion and hire 25,000 people for a giant new office in New York City.


Yet investors don’t seem to be spooked just yet. Strip out Bezos and Amazon from the headlines and the stories are more mundane. A 25-year marriage ends. A publicly subsidized office park deal falls apart. A rich guy accuses someone of blackmailing him with embarrassing photos.


Amazon still has more than 100 million Prime members, whose subscription fees make them more loyal to the company because they can capitalise on shipping discounts. It has fast-growing cloud computing and advertising businesses that have made the company increasingly profitable. And even if Bezos gets distracted, the e-commerce giant has a deep bench of executives who oversee day-to-day operations in the shadow of their boss. Most notable are cloud chief Andy Jassy and retail chief Jeff Wilke, who were promoted to division CEO roles almost three years ago.


“They’ve got a deep management team,” said RJ Hottovy, an analyst at Morningstar Inc. “Jeff Wilke and Andy Jassy keep the business running pretty smoothly at this point, even though they might not get the credit.”


Bezos, 55, who founded the company in his Seattle garage in 1994, remains the key visionary and the public face of Amazon. The company’s growth has forced the notoriously detail-oriented CEO to delegate more day-to-day operations. That also frees Bezos up for side endeavors like his space exploration company, Blue Origin, and the Washington Post, which he purchased in 2013.


Jassy, 51, shadowed Bezos earlier in his career as one of the CEO’s technology advisers. He runs Amazon Web Services, the cloud-computing group. In a company full of semi-autonomous units, AWS is its own universe, with its own set of technologists, sales representatives and marketing people focused on the fast-growing business of renting processing power and software services.


Since his elevation to CEO, Jassy has raised his public profile and amassed the clout to break some of Amazon’s rules. The company preaches an obsessive focus on customers with little public regard to its competitors. Yet Jassy trades barbs on Twitter and the conference circuit with Oracle Corp. Chairman Larry Ellison. His leadership is working well for AWS. If it was an independent business, AWS would likely rank among the world’s largest technology companies. It had revenue of $25.7 billion in 2018, up 47 percent from the previous year.


Wilke, 52, who joined Amazon nearly 20 years ago, oversees global retail operations, which includes the company’s online marketplace and delivery system, Amazon Prime membership and a growing physical store presence, including Whole Foods supermarkets and AmazonGo cashierless stores. Beyond the U.S., where Amazon makes most of its revenue, Wilke is in charge of a global expansion that includes new consumer markets such as India, Australia and Brazil. Like Jassy, Wilke has also become more visible as a company representative in public. He participated in discussions with New York officials regarding the company’s now abandoned expansion plans. 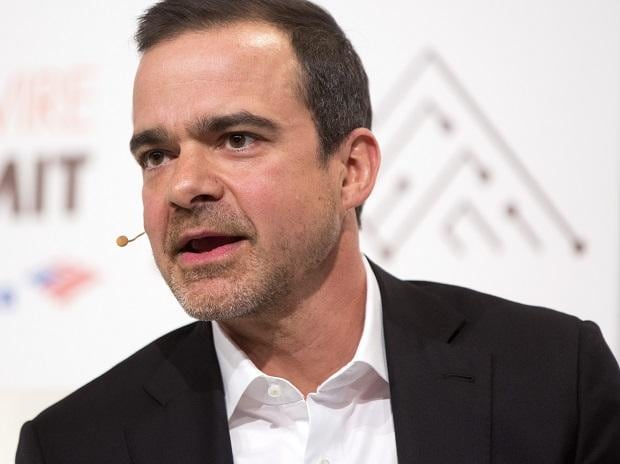 
Some investors and analysts think Amazon’s decision to pull out of New York City may have lasting effect. Not expanding there will hurt Amazon’s recruiting efforts, especially in advertising, said Tom Forte, an analyst at DA Davidson & Co.


Since Bezos announced his divorce in early January, the company’s shares have declined 2.9 percent, missing Wall Street’s early 2019 rally. The S&P 500 has jumped 6.9 percent during the same time.


“I’m worried the narrative isn’t just about them being distracted, but the public going negative,” Forte said. “I’ve heard people say for more than a year, that Walmart isn’t the enemy, it’s Amazon. The difference now is it’s not just coming from competing retailers, it’s also coming from the court of public opinion.”

Faction Named Notable Vendor in Gartner 2019 Magic Quadrant for Disaster Recovery as a...

Microsoft makes its open-source secure voting software available to all

Healthcare IT Pros Warm to Putting Sensitive Data in the Cloud